This article was written on 09 Dec 2015, and is filled under Gambling Idiots.

John McCain; From Hero To Lots of Zeroes 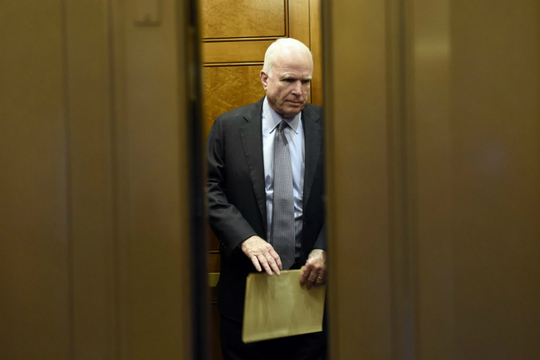 It is now de rigueur for existing casino owners to try and prevent any competition near them, which is probably why so much money has gone to John McCain as several Indian tribes compete for gambling custom on their land

Once upon a time noted Republican John McCain, currently the Chairman of the Senate Armed Services Committee and senior senator for Arizona, said that “We cannot forever hide the truth about ourselves from ourselves.” Which might be fine were it just one of the stupid things that gamblers say to sound clever at the tables, but sounds wholly ridiculous when spouting from the mouth of one of the nation’s top politicians who holds such a senior position of responsibility.

Of course stating the exceedingly obvious as if it were the culmination of much rumination and thought on the subject is a US politicians stock in trade, as is the ability to quickly completely change one’s position depending on who last gave you money and what they thought about the topic at hand. It’s not that financial concerns have completely perverted the US political system and eroded the principles of democracy to the point they don’t exist, it’s just that…..er…..no wait…..they really have, haven’t they?

The power of lobbying firms to influence peddle in the heart of the establishment has steadily grown over the last few decades and now with the Citizens United ruling from the supreme court giving them basically unlimited funding from partisan donors, their ability to bend the legislative agenda has become something only measurable by a number on the bottom line. Supposedly this is democracy in action, but everywhere else on the planet we call it bribery and corruption.

John McCain actually disliked the super-PAC ruling from the Supreme court describing it as the worst decision they’d ever made, but that hasn’t stopped him taking the money and help as he staggers into his 78th year of life with all the energy and vigor of an investigation into Sepp Blatter performed by Sepp Blatter. It would be nice to think that it was old age and infirmity that had changed his addled mind on some subject, but alas it would seem far more likely the cash was more influential.

Questionable Judgment Both Home & Away 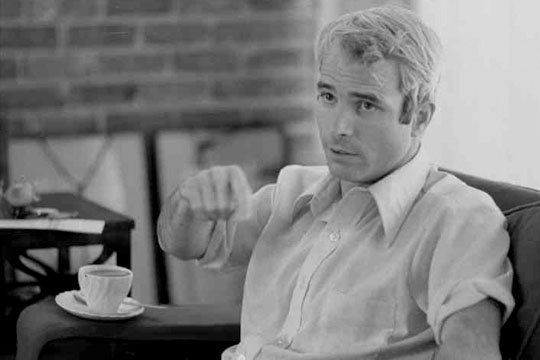 McCain is an American war veteran (Photo: US News)

To Republicans, of course, John McCain is a great American hero. His forces record, his service to government, to politics and to the people of Arizona all highlighted as being just some of the reasons they hold him in such great red-white-&-blue spangled regard. However once you remove the swaddling clothes of patriotic idiocy, his actual judgment is questionable at best, his military record isn’t stellar and his personal life is full of indiscretion.

It is often mentioned that he was shot down over Vietnam during the great Southeast Asian vacation and spent numerous years being mistreated at the hands of his enemy captors. His survival a testament to his personal strength of character they say, completely and wholly ignoring the fact that if, as an Airforce pilot, you get shot down and then entirely fail to evade capture, you’re not very good at your job. Heroes don’t get caught, John, and if they do, they escape.

Of course sitting around in a small smelly cage doing nothing twiddling your thumbs and occasionally being tortured or roughly asked hundreds of pointless questions was probably perfect training for US politics today, but even once he’d entered into the realm, his performance was hardly that of a rising star. McCain’s progress in politics has had far more to do with age than experience or ability. No one with any real ability or common sense would have chosen Sarah Palin as a running mate.

His extra-marital affairs that culminated in his leaving the wife who had stood by him during his imprisonment despite having suffered a significant traumatic accident of her own for a woman with political donors in her pocket and less weight on her hips left a bad taste in the mouth, and his musical joke about bombing Iran just showed what a ridiculous jock he still is, and when he was seen on stage with a light saber wagering he’d win the White House became one of the world’s most stupid bets. 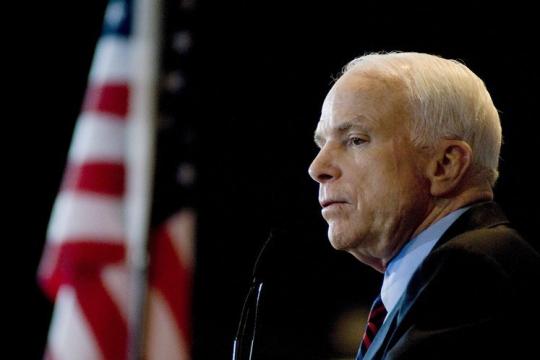 McCain is no longer the hero he once was (Photo: Die Welt)

Perhaps worse than all this, and indeed making everyone doubly glad he didn’t win the Presidency, is his rather too keenly noticed ability to flipflop on issues. Whilst other people’s positions evolve over time, McCain’s just come with a price tag. Take for instance the Indian Casino circumstance in Arizona where a couple of tribes already have gambling on their land, and another seeks to join them in providing for their people with the revenues from this lucrative business.

When Chairman of the Senate Indian Affairs Committee McCain was only too happy to back the Tohono O’odham’s desire to have gambling, backed himself by the uber-ring wing tea party that believe what people do on their own land is their own business. However since then there has been a marked shift in his attitude. A shift that may, or may not (you decide) be a result of the Gila River Indian Community who already own a casino in the area lobbying him.

Gila River have spent 11 million USD on influencing congress, the other local casino owners, the Salt River Maricopa Indian Community, spending another two million on top of that just to get legislation introduced that would scupper the Tohono O’odham’s plan. Salt River have gone so far as to hire the help of First Strategic a barely known lobbying firm whose only real asset is Wes Gullett a long time friend of McCain, over whom it is said they have sway.

Ten years ago McCain was a hero of the Indian nations, railing against their exploitation, but now it would seem that he’s more than willing to take sides, and their money. Perhaps we shouldn’t expect too much of an old man in his twilight years, but even the most stupid gamblers would wager he knows precisely what he’s doing as he blocks the Tohono casino plans, and knows precisely how much he’s being paid by their competitors to do so.