This article was written on 29 Apr 2016, and is filled under Bad Gambling News, Gambling Idiots, Wall of Shame.

Leicester fan cashed out… for 45p! 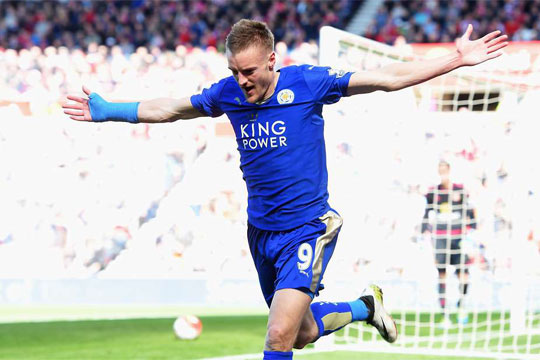 A Leicester fan cashed out on his “Leicester to win the league” bet, after only one game of the season!

Of all of us who bet on sports, particularly those of us who bet on football in the UK, very few bet on Leicester to win the league. So, as for gambling mistakes, who are we to judge? However, there is one man who made the worst betting mistake of the season…

Firstly, before the Leicester fan cashed out, this man appeared to be a genius. Before the season began he thought long and hard, and decided to place his well earned 50p on Leicester to win the league. At odds of 5001.00 (5000/1), no less. Looking back, this was a stroke of genius. However, he then made a silly mistake. After thrashing Sunderland on the first day of the season, thanks to a scintillating performance from Riyad Mahrez, Leicester actually topped the table: this punter’s prediction was coming true.

Upon seeing his beloved Leicester riding high at the top of the English Premier League, this bettor thought that this was the best it could possible get. Online sportsbooks now regularly offer a cash-out feature, and he used it. Rumours suggest that unlike many big gambling winners, he didn’t let the prize money change him, and sensibly invested his winnings. No quitting his job for this punter.

One can only imagine how the past months have played out for this man. As each week passed, Leicester continued to rack up the wins and he looked more and more foolish. While many who bet on Leicester cashed out for considerable sums part way through the season, it’s hard to blame them: they made a tidy profit, and weren’t to know Arsenal and Tottenham would slip up like they did.

The tragedy is that this Leicester fan cashed out but if he’d waited just a few weeks or months more, he could have cashed out for so much more. However, he will have the consolation of his team winning the most miraculous against-the-odds victory in the history of sport. So let’s not feel too bad for him. Also, the sportsbook where he bet may try to get in touch with him and offer a little consolation of their own! Finally, at least he didn’t bet on Aston Villa…