This article was written on 07 Aug 2015, and is filled under Bad Gambling News, Casino Scandals, Gambling Laws. 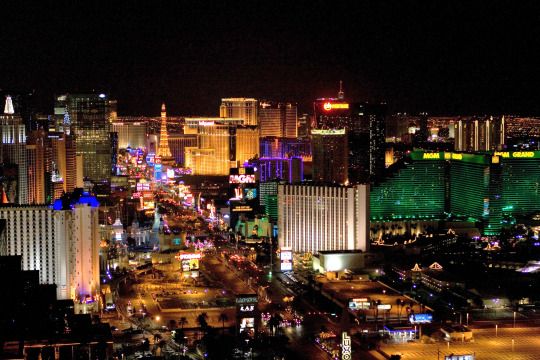 Is the City of Sin in trouble? (Photo: Yahoo)

Las Vegas is synonymous with gambling and seems destined to remain so but is the heart of this famed city shifting as new casinos rise amongst the shifting sands of Nevada?

Don’t, I was told many times as a child, put all your eggs in one basket, a sensible warning against gambling on a lynch-pin alone when there are other opportunities that would make worthy contingency plans. Las Vegas, it would appear, wasn’t told this. Indeed it would appear that far from being told not to become dependent upon just one thing, they were informed the best strategy was not only to put all your eggs in one basket, but to get much, much bigger eggs.

The trend toward the “mega resort” variety of casino is a natural development of economies of scale, the centralization of service provision and facility squeezing the best possible bottom line out of the business. Macau has led the way with it’s huge casinos sprawling across the one time Portuguese colony, and Las Vegas looks set to copy them with a variety of new massive complexes on the way to once again change the skyline of the city and the balance of the strip.

Despite their sheer size the location of these huge establishments is all important and Las Vegas, like everywhere else, has its places to be seen, and its sadly unfashionable backwaters, even if all seem equally decked out in neon. The Strip itself has shifted and squirmed as casinos have come and gone, either bankrupted or ruined by one of the numerous casino scandals that haunt Vegas, letting the epicenter of the city’s gambling culture slip and slide over the years up and down the famous street. 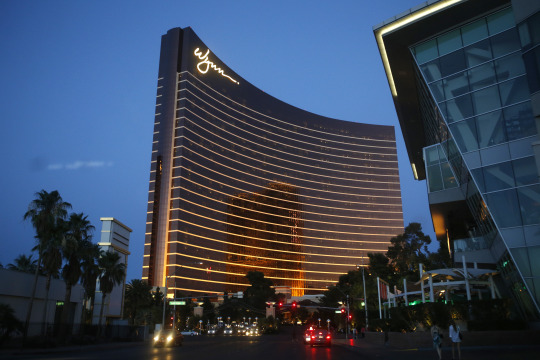 Looking at the EBITDA, the proxy measure of cash flow at a particular casino, it would seem the traditional southern end of the Strip is losing its grip on the middle ground, with the northern end now seeing growth that few of them can match. The Palazzo and Wynn Las Vegas dwarf their southern neighbors and are evidently attracting trade away from the now aging southern-end casinos, the numbers speak for themselves and when it comes to casinos, it’s always all about the numbers.

The fact is the Luxor and Excalibur both saw declines in trade between 2009 and 2014, the former dropping 8% and the latter 5.4%, and these mainstays of the southern end of the strip might be the hard luck stories but the Mandalay Bay only saw 9.8% growth over the same period with the famed MGM Grand seeing an 18% rise and the New York-New York getting a healthy 21% increase. Or at least you would think it healthy till you read the casino news headlines as Wynn Las Vegas gains over 111%.

That’s significant. The other northern end casino, The Venetian Palazzo matched the 21% of New York-New York and with Gentings about to add to the north-end cluster with their Resorts World Las Vegas, this could be indication of a seismic shift in the city’s trends. However before we all get teary eyed about the historic heart of Las Vegas jumping a few blocks down the road, lets just remember a few facts, shall we? Statistics might tell us about trends, but the reality of the situation is rarely so trendy. 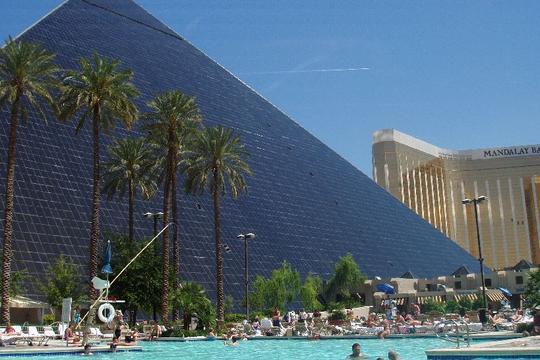 The Luxor and Mandalay Bay are hardly going bankrupt (Photo: Your Golf Travel)

Las Vegas was always going to build new casinos, and the new casinos were going to be bigger, and better, and somewhere else. This shift of center so lamented in the press is nothing more than yet another development of this city’s rich heritage, and its constant pursuit of ever better gambling opportunities for its patrons. The global fiscal crisis might have slowed them down for a while, and that shows in the numbers, but it didn’t stop casinos making money.

The Luxor took in 70 million bucks last year, the Excalibur 68 million. Hardly paupers then. The Mandalay Bay took 175 million dollars and the New York-New York had to put up with just 95 million bucks. Their suffering makes my heart bleed. The MGM Grand took in nearly 253 million dollars in 2014, so they’re not going broke just yet, and indeed are more likely to fall foul of one of the many casino industry scandals that plague the sector, as irregularities not losses push them under.

Of course by comparison the Wynn Las Vegas grabbed five hundred and fifteen million USD in 2014, just a hundred and fifty million short of the combined EBITDA of the southern end of the strip, something the Venetian Palazzo’s 314 million dollars more than makes up for. The money has gone north in Vegas, and Gentings look keen to cash in on it, but fear not for the famous sights of the Strip’s southern end, they’re not going anywhere anytime soon, Las Vegas is a big enough basket case for all until the NEXT financial crisis.