This article was written on 07 Jun 2015, and is filled under Gambling Laws, Immorality Brigade, Sheldon and Friends' Corner. 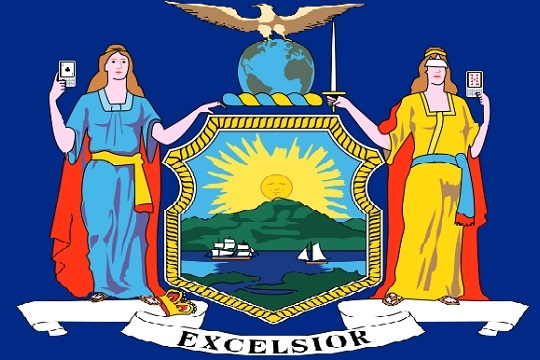 The demand for online gambling is strong, but so are the forces working against it.

The Restoration of America’s Wire Act (RAWA) might be attempting to ban online gambling at the federal level in the US. Its lack of progress due to the whiff of patronage, however has shifted the conflict down to the state level. On the other hand, not all states are ready to jump one way or the other just yet, right New York?

From the way US politicians repeat their failed efforts you’d think one of the major principles behind democracy in America was “If at first you don’t succeed, try, try, and try again”. It would explain why Hillary is running for President once more, why approximately 90% of incumbents are reelected every two years and why big donors don’t mind sending in their paid (sorry, I mean donated to) minions of the political arena to try and achieve their aims even if those aims were defeated last time round.

In the area of gambling law it is the dubiously named Restoration of America’s Wire Act (aka HR 707, which, frankly, sounds like something you’d find languishing in an air museum) that is being repeated. The federal bill that seeks to reimpose a ban on the use of telecommunications infrastructure for the purposes of gambling, and which is entirely identical to the version that was introduced in 2014 and promptly failed to win enough support to progress politically, has been reintroduced by Rep. Jason Chaffetz (R-Utah). He at least has the excuse of being a Mormon.

Obviously it is those with a vested interest in the status quo that stand behind this bill and against anyone who thinks it’s ridiculous to try and turn the clock back to 1961 in 2015. Those that run lotteries, who own race tracks and indeed who possess casinos all want this ban on online gambling facilities. They don’t want online poker in New York, or California, or anywhere for that matter. Their own gambling businesses simply wouldn’t survive in face of the competition, and they know it. The trouble is, so does everyone else, and it’s starting to become embarrassing.

Take The Money And Vote – Online Poker in New York In Trouble?

Were all else equal HR 707 would probably get laughed out of the room. Equality however is not a hallmark of the US. The Supreme Court practically legalized corruption with it’s ruling on Citizens United, so that now unlimited donations can be made to Super PACs, that support a candidate so long as that candidate has no contact with the Super PAC. This makes the wealth of the bill’s supporters  far more important (which is why Jebb hasn’t declared yet, so he can talk to his). The money really is doing the talking. 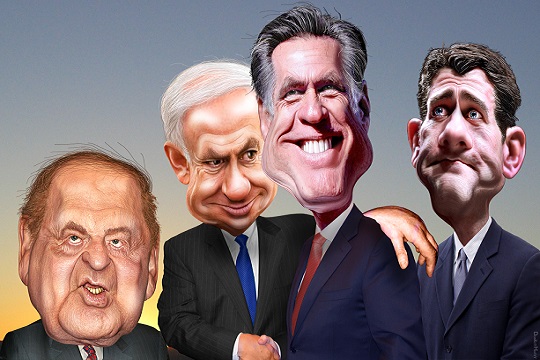 Adelson needn’t get himself reelected, politicians will do his bidding (Photo: DonkeyHotey)

Sheldon Adelson’s influence in US politics is well known, his donations to politicians that stand behind what Sheldon Adelson believes a matter of record, and indeed he is the poster boy for the fat, rich and greedily self-interested. In the run up to the 2016 election in the US his funding could be the difference between winning and losing for some Republicans so a good number are lining up to take the money and support the bill. Their craven support for this ridiculous regression taints them and their party.

With no clear path forward in congress HR 707 is the pipe dream of those desperately clutching at the past, congressional malaise to be its eventual downfall, however that has merely pushed the battle down to the state level. Now across the country the two sides are attempting to do locally what they’re unable to do federally. One side seeks to make online betting as difficult as possible if not illegal, whilst the other seeks to introduce gambling acts, like gambling, betting and online poker in New York (or any other state. They (and we) say, this is more in tune with a 21st century, full of internet enabled devices.

In New York State Senator John Bonacic (R-42nd) has just introduced bill S5302-2015 which legalizes online poker and is a slightly amended version of the same bill he brought in two years ago that wholly failed to gain traction and died in the NY Senate Racing, Gaming and Wagering Committee. It has been rewritten so that it no longer excludes “bad actor” clauses that would limit service provision automatically banning sites like PokerStars, or any other online poker in New York or any other state. This is a far better bill, but it isn’t scheduled for hearings or a vote, so it may well still die again, but why?

Well the Empire State, of course, already provides racing and lotteries for its citizens. This is why their state senators have been advising each other not to support HR 707, framing it as a matter of principle concerning state’s rights. The provision of online poker in New York under a new gambling bill however, faces a tougher ride. As the election looms and much of the state awaits to see what will happen with the three new real-world casinos, their success or failure will show the politicians which way the wind blows.

New York Democratic Senators Diane Savino, Tony Avella, David Carlucci, David Valesky and Jeffrey Klein have all written to the rest of the state’s representatives about HR 707, but that doesn’t mean they’re likely at any point soon to throw their weight behind Bonacic’s S5302, not until they’re sure the political fallout won’t damage them at the polls when they come up for reelection. If you listen closely you’ll hear the sound of a can be kicked just as far as possible down the road, probably until 2017 at the earliest. Nevermind Mr. Bonacic, this is US politics, trying again it what it’s all about.